What intermittent Fasting does 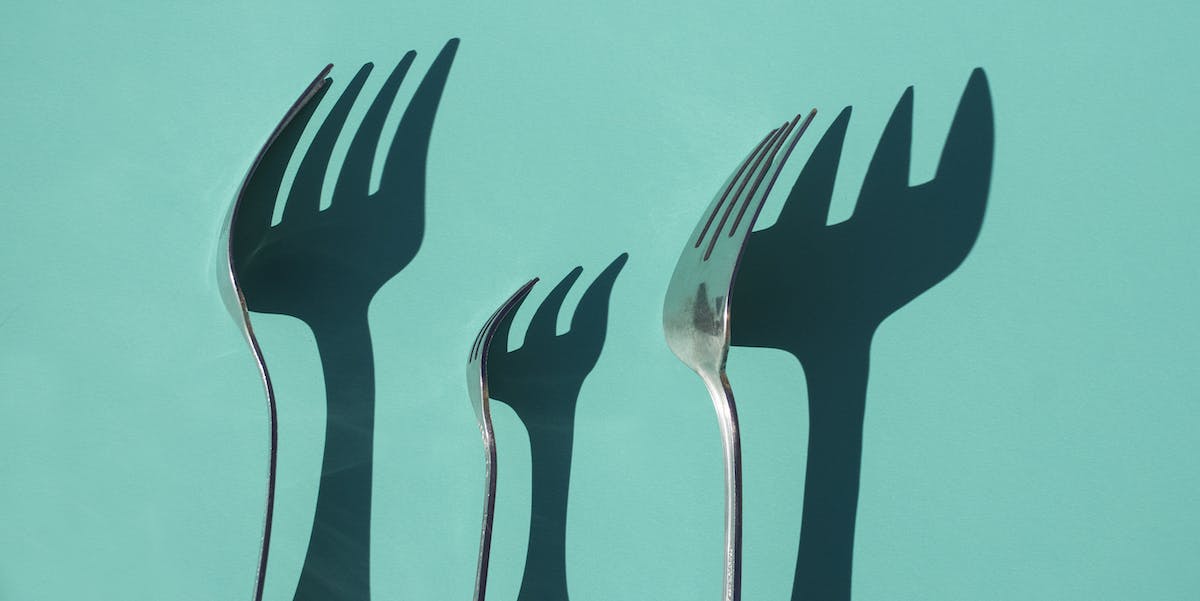 The Truth Behind What Intermittent Fasting Does to Your Body

The Truth Behind What Intermittent Fasting Does to Your Body
Three experts review claims of longer life, a healthier brain, and a slimmer body.

By Alexandra Pattillo on July 13, 2019
Filed Under Food & Health
Ever feel hangry when you miss a meal? Imagine waiting 16 or 18 hours before eating again. Or an entire day without breakfast, lunch, or dinner. That’s what proponents of intermittent fasting do on a regular basis.

At its simplest, intermittent fasting (IF) means cycling through periods of voluntary abstinence of food (or significant calorie reduction), interspersed with intervals of normal food intake.
Whenever we eat, the body releases insulin to help cells convert sugars (in particular glucose) from food into energy. If the glucose isn’t used immediately, insulin helps makes sure the excess is stored in fat cells. But when we go without food for extended periods, as people do in IF, insulin is not released. The body then turns to breaking down fat cells for energy, leading to weight loss.
That’s why we have fat stores, and if we’re not using them, all kinds of bad things happen.”
Monique Tello, MD, MPH, a Harvard Medical School professor and internal medicine physician at Massachusetts General Hospital, explains to Inverse what happens when people never get hungry enough to use up those fat stores. “A, we get fatter, and B, it’s all the things that go along with that,” she says.
“Your blood sugars are constantly high. Your insulin levels are constantly high. You get type 2 diabetes, which is a huge epidemic. Those high blood sugars cause damage to the insides of our arteries. The kidneys are getting clogged up. People go into dialysis. It’s a disaster, basically.”
A century of IF research in humans and animals illustrates her claims. Studies show IF can lead to weight loss, stabilized blood sugar, reduced inflammation, improvements in memory and stress resistance, slowed aging, and longer lifespan — all promising health benefits in return for considerable lifestyle changes.

What Is Intermittent Fasting?
Unlike some complicated nutritional plans, IF requires minimal effort: You simply don’t eat, or eat very limited quantities, for hours at a time. No meal prep, counting calories, or restaurant guesswork.
But there are several ways to go about the diet. Some IF proponents maintain time-restricted eating, squeezing all their meals into an eight to 10-hour period, followed by a 14- to 16-hour overnight fast. Others rave about the 5:2 diet, which involves eating normally for five days of the week followed by two days of eating 25% of their daily caloric intake (that’s around 500 to 600 calories for most people). Others simply restrict food intake completely on certain days of the week, relying on water, black coffee, and tea to stave off hunger cues.
There are no guidelines or nutritional suggestions for “on days” when eating is unrestricted. But physicians and dieticians suggest eating a nutrient-dense diet full of plants and protein to tide you over through fasting periods.

What Happens During Intermittent Fasting?
To understand IF, you have to first understand what happens when you eat.
“Insulin is a hormone that’s released when we eat, but it isn’t meant to be released all the time,” Tello says. “Intermittent fasting is simply letting your insulin level go down to basically normal so that you unlock your fat stores. So nobody’s going to lose any weight unless they get that insulin level down. Which is why eating very small meals throughout the day doesn’t really help with weight loss.”People did not have KIND bars.”Waiting a bit longer than usual between meals is totally normal, she says, despite what societal cues tell us.“Historically, we didn’t have access to things like snacks even up until a hundred years ago,” Tello says. “People did not have KIND bars. People, nowadays, keep food in their glove compartments, for God’s sake. It’s like people can’t stand to be even a little bit hungry for a second. That’s not normal, that’s not healthy.”Mark Mattson, Ph.D., a professor of neuroscience at the Johns Hopkins University School of Medicine and former chief of the Laboratory of Neurosciences at the National Institute on Aging, compares how fasting affects the body to the way exercise does.“During exercise, there’s a stress on the cells. They don’t grow and get stronger and bigger during the exercise but during the resting period. So we think that with intermittent fasting — during the fasting period, the cells go in kind of a stress-resistance mode. And then when you eat, they’ve prepared themselves to quickly take up nutrients, proteins, and grow.”

How to Get StartedWhen first trying IF, the transition can be challenging, Mattson admits.Many fasters report uncomfortable, even painful hunger pangs as they abstain from food. Mattson suggests people take it slow, trying different kinds of IF to see what works with their goals and routine. He advises first narrowing the “feeding window” from an initial unrestricted period down to 12 hours, then 10 hours, then eight hours, before finding a feeding window that is sustainable.During the first week or two of IF, fasters may notice their stomachs grumbling or feel a sense of hollowness. Some people are exhausted, lightheaded, or shaky from diminished blood sugar on fasting days. Others experience poor concentration, irritability, mood swings, and even dizziness. In particular, people who work in long shifts or with heavy machinery should take more care when fasting to stay hydrated, rested, and alert.After about a month, people typically feel better and less hungry, says Mattson.Tello agrees: “The longer you can go between meals, the less hungry you are. I think a lot of people’s hunger levels actually decrease as opposed to the very low calorie diet where you’re constantly feeding yourself small, tiny bits of food. That’s like a tease all day long.”Mattson encourages fasters to be patient and wait for those side effects to pass.“A lot of people will say, ‘Well, I tried it. I’m too hungry, I’m irritable, and cannot concentrate,’ but they have to stick with it,” he says. “It is kind of like exercise. If you’ve been out of shape, when you start, it takes a while for your body and brain to adjust. But after you get used to it, you actually feel better. And if you stop doing it, you feel worse.”To make fasting manageable, Tello suggests an overnight fast, which can more easily fit into people’s routines. Research shows that restricting eating to daytime hours, an approach that aligns eating patterns with circadian rhythms, has been shown to have metabolic and weight loss benefits.“Nighttime eating is horrible,” Tello explains. “Nighttime snacking is like the worst. Eating at night and then going to bed, that all goes right to fat. That is the surest way to gain weight, and it’s so bad for your blood sugars.”

Can You Lose Weight With Intermittent Fasting?A major reason many people start and stick to IF is to lose weight. A Reddit groupcentered on the practice, with over 380,000 members, brims with dramatic before and after photos of fasters, some who have dropped over 150 pounds using the weight loss approach. Most rave about their results: slimmer bodies, more energy, and happier outlooks.A 2015 systematic review of 40 studies, published in Molecular and Cellular Endocrinology, showed that IF was effective for weight loss, with a typical loss of seven to 11 pounds over 10 weeks.But IF isn’t necessarily more effective for weight loss than other energy restriction regimens, like simply counting calories or cutting out carbs. A year-long study of obese males, published in JAMA Internal Medicine in 2017, showed that alternate-day fasting did not produce superior adherence, weight loss, weight maintenance, or cardioprotection over daily calorie restriction

The Mediterranean diet includes lots of olive oil, vegetables, fruit, and some fish.

.Will Intermittent Fasting Make You Live Longer?In 2012, the BBC broadcast journalist Michael Mosley brought IF into the diet landscape with the documentary Eat Fast, Live Longer, which drew on research by Michelle Harvie, Ph.D., at the University of Manchester. It was followed shortly by journalist Kate Harrison’s book The 5:2 Diet in 2013 and Dr. Jason Fung’s The Obesity Code in 2016.Research on IF’s effects on aging date back a century. “Nutrition and aging are very tightly linked,” John Newman, MD, Ph.D., a geriatrician at the University of California, San Francisco and researcher with the Buck Institute for Research on Aging, tells Inverse.“One of the great early experiments almost a hundred years ago showed that if you feed rats less food, they live longer up until the point when you start to starve them. Fasting, dietary restriction, and the ketogenic diet turn on repair pathways and help animals to live longer.”A century of laboratory research on animals and humans, collated by Harvie and Anthony Howell, Ph.D., both at the University of Manchester, links calorie restriction with the prevention of age-related disease, which includes tumors, cardiovascular disease, diabetes, and dementia. The research also suggests that it increases lifespan.

What Are the Risks of Intermittent Fasting?Some dieticians warn that ignoring hunger cues can have unforeseen consequences. Evelyn Tribole, registered dietitian and author of The Intuitive Eating Workbook, encourages her clients to listen to their hunger and satiety cues when choosing to eat rather than adhering to strict dietary rules. Tribole thinks ignoring these primal signals is a dangerous practice.“I have a problem when someone is actually feeling biological hunger and you’re going to disregard that,” Tribole says. “I think that’s problematic, especially with anyone who has a dieting history or an eating disorder; they’re more likely to get engaged in binge eating and emotional eating.”Anyone with a history of disordered eating patterns should consult a health professional to confirm that IF is right for them.One systematic review published in the journal Stress in 2016, found that IF may initially increase stress levels of fasters. The increase may subside after a few weeks of fasting. Other research says IF could cause greater metabolic fluctuations and increased appetite on non-fasting days relative to intermittent energy restriction, a diet that allows some food.

The Future of FastingMattson, Tello, and Newman note that the research on IF has its limitations. Notably, a bulk of the studies have been done on rats and animal models, or obese or overweight human subjects.Sponsored


IF’s impact on other populations — like growing adolescents, pregnant women, diabetic people, those with existing medical conditions, people using medication that requires food intake, or people over 65 years of age — remains to be determined.
More randomized controlled studies on a wider range of adult populations would help confirm some of the potential health benefits. But for now, it appears IF is here to stay.

“Intermittent fasting is well beyond a fad,” says Mattson, who is critical of its trendiness because he worries it can lead people to discredit the value of reputable evidence.
“Luckily, there’s plenty of research in human beings and intermittent fasting,” Tello says. “There are all these different studies calling it different words, but they are looking at the same thing, which is extended fasting.”

“At this point,” she concludes, “I think it’s really fair to say that any kind of modified fasting regimen promotes weight loss and improves metabolic health. I think we’re really safe to say that.”