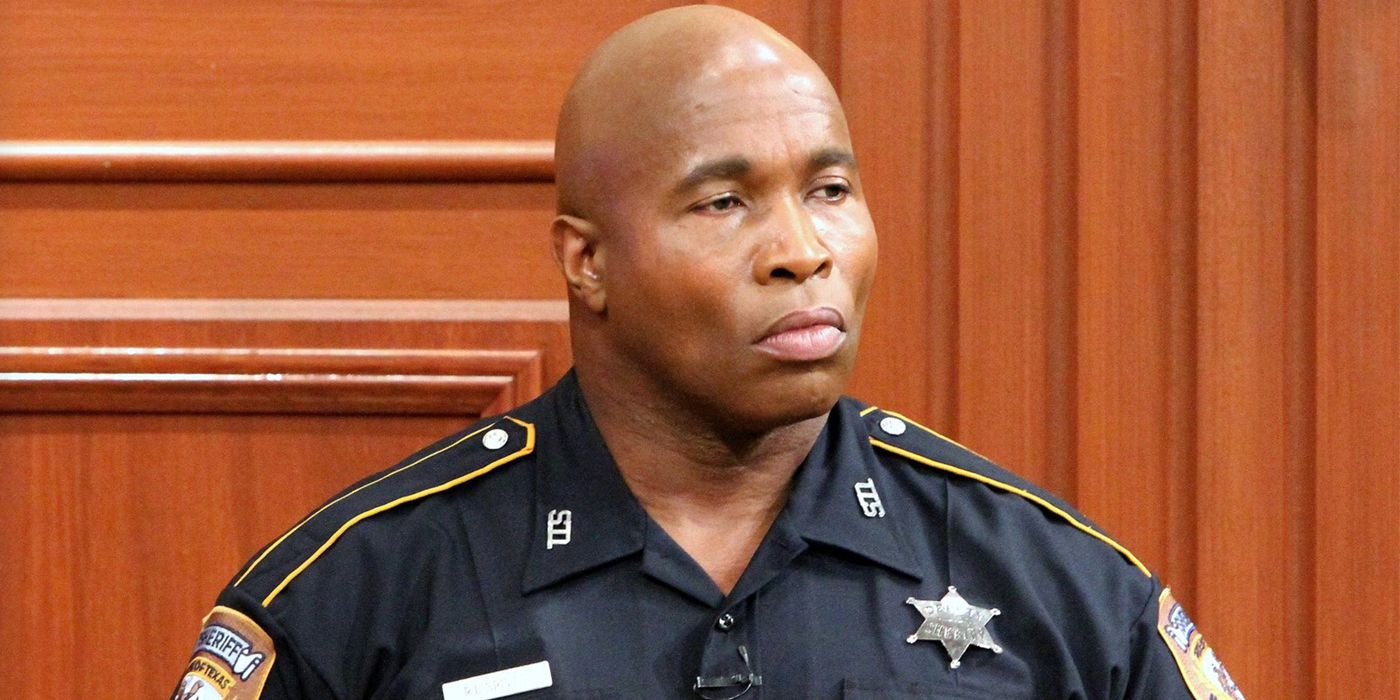 Justice For All Bailiff Allegedly Killed Wife Over Argument About Steroids

Renard Spivey, who was once a bailiff on the popular court room show Justice For All with Judge Cristina Perez, has been charged with murder.

Renard Spivey who was once a bailiff on the popular courtroom show, Justice For All with Judge Cristina Perez, has been charged with murdering his wife. The incident was allegedly caused by an argument over steroid use.
Spivey was best known for his four-year role as a bailiff on Justice For All with Judge Cristina Perez, a courtroom reality show that aired from 2012 to 2016. Although he did play the part for TV, in reality, Spivey also served as a deputy with the Harris County Sheriff’s Office in Houston since 1998. For his entire career, he worked in detention command until 2016 when he moved over to court operations.


Spivey was arrested and charged with the fatal shooting of his wife in their home. He was booked and taken to the Harris County Jail on murder charges. Fox News first reported that authorities were called out to the couple's house at around 3am for a domestic disturbance call. When police arrived, they encountered Spivey, who had a gunshot wound to his leg. The authorities then entered the residence and discovered Patricia Ann Marshall Spivey’s body, which had been shot. According to court documents, Spivey supposedly told the police that he and his wife were arguing over his steroid use. During the argument, the two entered the master bedroom and a struggle over the gun ensued. Spivey went on to say in the documents that three shots were fired, two hit his wife and one hit Spivey. The actor was taken to the hospital for treatment and was released early Monday before being arrested.


Spivey will undergo a mental health evaluation while he is in police custody. When asked in an interview what had happened, according to KHOU-TV (via: People), Spivey went on to say, “We was arguing and tussling with the gun, we had been arguing all day.” Prosecutors in the case originally asked for the bail to be set at $100,000 because they believed he could be a flight risk; it was then lowered to $50,000. Spivey is currently being held without bond and has yet to enter a plea. He is scheduled for a preliminary court hearing.
The family and friends of Patricia are still trying to understand their sudden loss. Though most family members knew that the couple had arguments over infidelity and drug use, they never expected this outcome. Spivey's employment with the Harris County Sheriff’s Office is currently being reviewed pending the outcome of his trial.
You must log in or register to reply here.
Share:
Facebook Reddit Pinterest Tumblr WhatsApp Email Link
Top